President and CEO of Samsung SDS 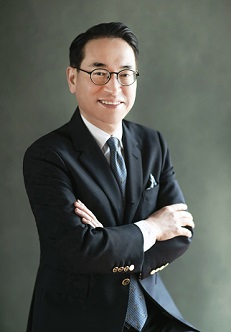 Dr. Won-Pyo Hong was officially appointed as President & CEO of Samsung SDS, Korea’s largest IT solutions service provider, in December 2017. As an established authority and leader in the IT software industry, Dr. Hong has been steering Samsung SDS into the global spotlight since 2015 by managing its core strategic businesses, including mobile, Internet of Things (IoT), Big Data Analytics, Artificial Intelligence (AI) and Blockchain.

Before joining Samsung SDS, Dr. Hong was with Samsung Electronics from 2007 to 2015, first as Executive Vice President heading Global Product Strategy for the Mobile Communications Business. He was then promoted to President and Head of the Media Solutions Center (the content and services powerhouse for all Samsung devices), and Chief Marketing Officer of Samsung Electronics. During his time at Samsung Electronics, Dr. Hong played a critical role in positioning Samsung as the world’s premiere brand by introducing the GALAXY franchise to Samsung’s mobile portfolio, and promoting its globally competitive mobile and content services. 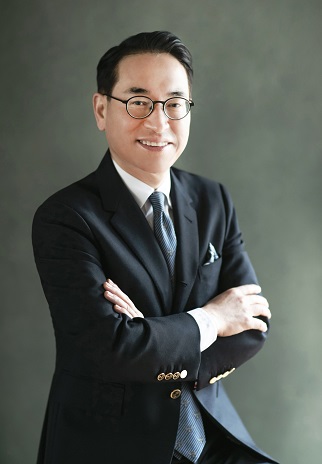 Dr. Hong earned his BS in Electronics Engineering from Seoul National University, and his MS and Ph.D. in the same field from the University of Michigan, Ann Arbor. Immediately after completing his Ph.D., he joined Bell Communications Research Inc. In 1994, he joined Korea Telecom Corporation and its mobile subsidiary, where over the course of thirteen years he led the company’s global expansion and commercialization of its CDMA technology.

As an industry visionary, Dr. Hong actively shares his insights through lectures and mentorships at conferences and universities around the world. In 2016, he was invited by CES to deliver the keynote address, where he shared Samsung’s IoT vision and strategies. His keynote speech at Money 20/20 Europe in 2017 and panel discussion at Boao Forum for Asia (BFA) in 2018 introduced Samsung’s Blockchain platform and actual use cases of the technology, which attracted much interest from industry experts.

His Alma Mater, the University of Michigan, recently recognized his accomplishments as an industry leader by awarding him the "Impact Award" in 2017 and "Korean Michigan Alumni of the Year" in 2016. He was also presented with the "Order of Sport Merit, Geosang Medal," a national medal bestowed by the Korean government for his contributions in the success of the 2014 Incheon Asian Games during his tenure as the CMO of Samsung Electronics.