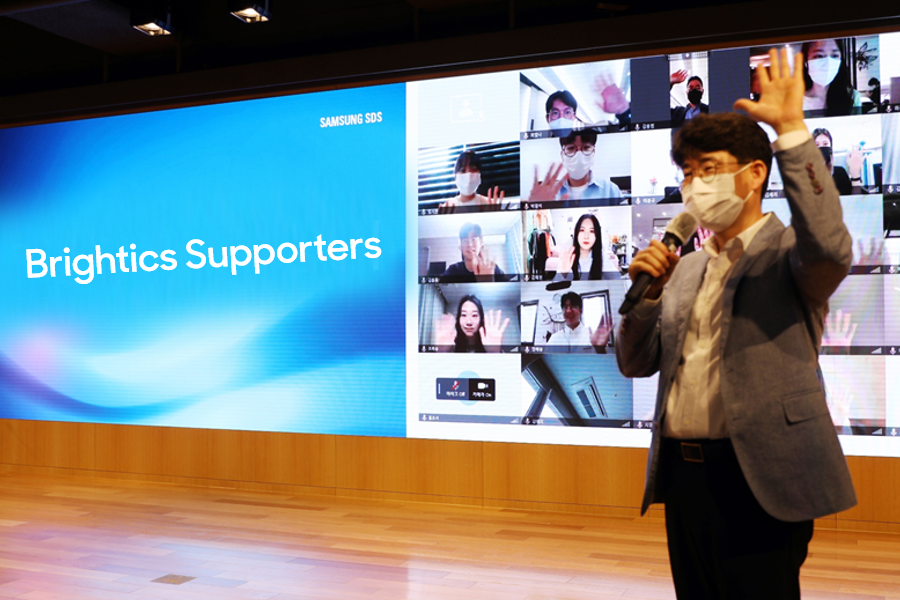 Samsung SDS launched “Brightics Supporters” which is a team of college students recruited to carry out data analytics tasks by using Brightics AI.


On June 10, Samsung SDS launched “Brightics Supporters” which is a team of college students recruited to carry out data analytics tasks by using Brightics AI over the following five months.

Brightics AI is an AI-based data analytics platform of Samsung SDS that enables users to quickly collect and analyze massive amounts of data and easily visualize them while deploying various AI analytics models of each industry to present solutions. It is used by companies in a wide range of industries including manufacturing, e-commerce, logistics and health care, along with universities and research institutes.

20 Brightics Supporters will use Brightics AI to perform data analytics tasks in teams or individually, which will be a valuable opportunity to develop their capabilities as data scientists.

Data analytics experts of Samsung SDS will offer support throughout the entire process of conducting the tasks, from utilizing Brightics AI to setting data analytics models, through one-on-one mentoring.

In recognition of such achievements and technological competence, Brightics AI joined the ranks of prominent machine learning platforms announced by Gartner this year which was a first-ever for a Korean company, following its appearance in the report published by global consulting firm Forrester last year.

Free trial of Brightics AI is available at My Trial (https://www.samsungsds.com/en/trial/trial.html) of Samsung SDS website.

At the kick-off ceremony, Eunjoo Lee, vice president and leader of DT Business Planning Team at Samsung SDS, stated in her welcoming speech that “data analytics has now become a basic skill that students should attain regardless of their major” and that “Brightics AI will continuously be developed in line with the increasing demand for data analytics at companies as well as for educational purpose in schools.”

Brightics ML is an AI-based data analytics platform for implementing quick and efficient analytics services within an enterprise. It provides an environment for visualized analytics modeling, as well as support for simple script development.

It’s okay if you don’t have an in-house expert data analyst yet. Experts from Samsung SDS will cultivate your data's potential. Start applying analytics services to your businesses in an easy, competitive way.