5 outstanding DOOH campaigns from around the globe

Out-of-home (OOH) advertising continues to be one of the most cost-effective and impactful means of advertising. Digital Out-of-home (DOOH) helps scale the benefits of traditional OOH even further and allows marketers to create genuinely engaging, immersive, and memorable campaigns that will resonate with consumers. In large part, this is because DOOH enables the delivery of dynamic content that is contextually aware (using technology like facial analytics and behavioral sensing), thereby allowing for more targeted and relevant messaging. In this piece, we’ll dive into 5 DOOH campaigns that truly hit their marks, and explain just what made them so impactful.

DOOH done right connects with the target audience, gets them to interact with the campaign, and keeps engagement high by delivering dynamic content. In this GMC campaign, we can see how the automaker used facial analytics technology, dynamic content, proximity-based marketing, and digital signage to attract and engage their audience.

One of the first of its kind, GMC’s marketing campaign for their next-generation Acadia SUV in Santa Monica Place (a popular shopping center near Santa Monica Pier in California) was a resounding success. A strategically placed camera was used to anonymously detect audience demographics (e.g., age and gender) and behavior and then use artificial intelligence to display one of over 30 prepackaged videos to the audience.

As you can see, passersbys went out of their way to check out and interact with the digital display. Watching this campaign is a great way to conceptualize the power of intelligent digital out-of-home advertising. For instance, if the facial analytics software detected a smile, it delivered a video that commented on it. If a family with children was identified, the system played a targeted video package. As people became more engaged the kiosk reeled them in further with witty, contextually aware comments and interactive games ranging from Simon Says to staring contests. In short, this strategically designed campaign deepened engagement and helped GMC personalize their content and messaging for maximum impact.

Douwe Egberts believes that when people try their coffee, they’re likely to switch to it. The coffee maker also recognized that airports are one of the prime places people need the kind of pick-me-up their caffeinated beverage can provide. The challenge was connecting with people in a busy, ad-heavy environment like an airport.

To stand out from the crowd, Douwe Egberts developed an ingenious facial analytics campaign designed for O.R. Tambo International Airport (and subsequently posted to YouTube garnering over half a million views). As tired travelers yawned in front of the beverage kiosk’s camera, the kiosk dispensed a free cup of coffee in branded “Bye Bye Red Eye” cups. As you can see from the video, not only did consumers appreciate the free beverage, they were entertained and intrigued by the kiosk and many left with a smile on their face.

The “wow” factor of the facial recognition coupled with the novelty of the idea and the free cup of coffee came together to deliver a truly impactful campaign that led to further marketing success online. While technology has advanced significantly since this 2013 campaign, it still holds up as a great example of how DOOH done right can be an engaging and effective way to connect with consumers.

To help address this issue of a persistent educational gender divide in Portugal, cosmetics giant Lancôme used DOOH and facial analytics to create an engaging #ShareASmile or #PartilheUmSorriso in Portuguese (note that coupling a DOOH campaign with a hashtag or QR code is a great way to promote mobile-integration and engagement).

On International Women’s Day, Lancôme ran a campaign in the streets of Portugal that leveraged an outdoor digital display and facial analytics software. The display prompted female pedestrians to smile and donating one Euro for each smile recorded. The money raised went to Association Corações com Coroa, a scholarship fund for girls.

The campaign resonated with the women who engaged with it leading to smiles, hugs on the street, and awareness about a worthy cause. By creating an engaging experience that responded to user interaction, Lancôme was able to garner more attention and more emotional responses than they could have using traditional passive out-of-home advertising.

To promote the animated feature-length film The Emoji Movie, Sony Pictures’ launched a unique DOOH campaign on the streets of London in the summer of 2017. This campaign is a prime example of pairing the right brand messaging with the power of DOOH. The Emoji Movie was based on the myriad of digital expressions that have come with the rise of the smart phone, and had a light-hearted, kid-friendly feel. The campaign was able to bring the same characters and feelings into the “real world” in a way that created an enjoyable experience for pedestrians.

The studio used a digital billboard coupled with augmented reality technology and software to detect consumer faces, genders, and emotions - driving the movies core focus of human emotions home for audiences. With the digital billboard serving as the focal point of the campaign, it showed passersbys where to look and displaying different emoticons superimposed on their faces according to their age, facial expression, and gender. As facial expressions changed, so did the emoticons on the screen. What’s more impressive is that the augmented reality software was able to manage this task at scale on a high-foot traffic street.

Not only did people love “becoming” the various emojis and engage with the ad in the moment, the experience also became a highly “shareable” moment for those that saw themselves interpreted as an animated character. Many whipped out their phones to take pictures or video of the display, furthering the campaign’s reach.

When Ford needed an engaging and creative way to get the word out about their new EcoSport model in at Pairs-Orly airport, they decided to go with a DOOH campaign that enabled travelers to interact with a screen to learn more above the vehicle. There were multiple digital displays throughout the area that attracted attention to the campaign, and the interactive displays let interested consumers learn more.

On the displays, consumers were able to navigate a screen displaying the new EcoSport in different environments and click prompts to learn more. In addition to navigating through the interior and exterior of the vehicle, the displays allowed people to see what the car would look like in a variety of colors and answered consumer’s burning questions.

Not only did this create an opportunity to increase awareness and knowledge of the new EcoSport, it also allowed Ford representatives to engage with them while simultaneously capturing actionable insights about potential customers and record their valuable feedback. This campaign is an excellent example of how DOOH increase awareness of new products and create opportunities to engage customers.

What made these campaigns successful?

By pairing technologies like digital signage, facial analysis, and behavioral sensing with dynamic content, mobile integrations, and data analysis, you too can create a breakthrough mobile campaign for your business. For more on how DOOH can help your business or to discuss the specifics of a given application, contact Samsung SDS today or join our latest webinar. 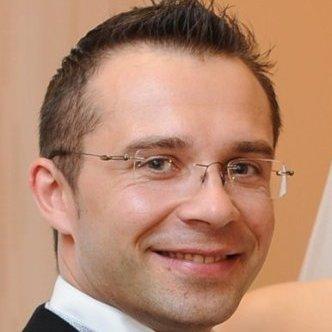 Romulus is a seasoned advertising and marketing executive with nearly two decades of experience in domestic and international business strategy and execution, development, strategic partnerships and smart analytics for audience measurement, mobile and digital media innovation in OOH advertising. At Samsung SDS, Romulus leads DOOH Marketing Solutions and is responsible for product management, market positioning and strategy for digital out of home advertising in the US and Canada.