Blockchain has sown its influence in numerous fields from securities, logistics, and finance, to even public sectors. It is no exaggeration to say that this is the era of the blockchain technology. Recently, as the content transaction service has emerged, services such as SNS, video streaming, photo, and music services are expanding to use blockchain. On the contrary to the usual ad-based revenue creating structures of the internet portals, blockchain-based content platforms allow users to compensate for their content directly to their creators. Let’s look at some of the examples of such platforms.

Steemit is similar to any other SNS channels. However, unlike other SNS services, Steemit is increasing the number of subscribers or users with the goal of returning a legitimated revenue to the content creators. Steemit was created by Ned Scott and Dan Larimer in 2016, and it will compensate the creator of contents corresponding to their upvotes by paying them with the cryptocurrency ‘Steem’. This is the primary reason why Steemit is so popular.

According to the March 17th, 2018 data of the Steem SQL Database, Steemit had over 87 million users and power bloggers all over the world are gathering into Steemit (Wikipedia, April 16, 2018).

The ‘rbaggo’ art exhibition is a fitting example of Steemit’s appeal. The ‘rbaggo’ art exhibition is an exhibition ran by a user with the id ‘rbaggo.’ The ‘rbaggo’ collects and displays artistic pieces from varieties of artists every day. Many people view exhibition of ‘rbaggo’ and the artist revisit the ‘rbaggo’ to exhibit his or her next art work. (The Hankyoreh21, “The future monetization of online contents “Steemit”, March 16, 2018). Tens of artists everyday can make revenue without collecting any entrance fees because both art galleries and artists get ‘voted’ by the users of ‘rbaggo’ which transfers certain amount of their Steem credit to the artists and galleries. As one can see, Steemit’s compensation system is bringing change to the content market. 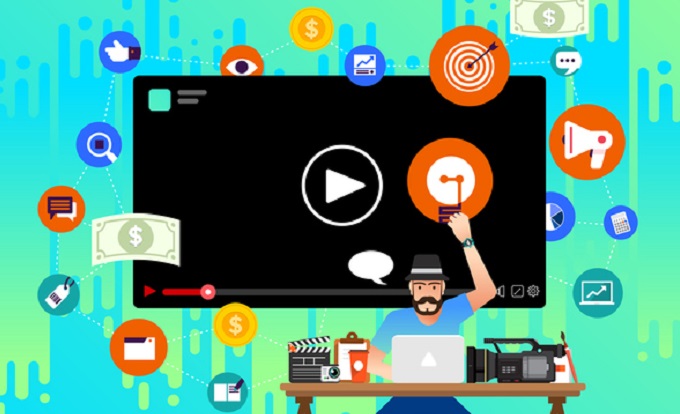 “Peter ‘Furious Pete’ Czerwinski has close to 5 million YouTube followers,
but they can’t see most of his new videos there. To get 46 of the 71 weightlifting and
competitive-eating videos he’s posted in the past two months, fans have to use DTube.”
– Bloomberg Businessweek, “YouTube and Facebook Are Losing Creators to Blockchain-Powered Rivals” (Apr.10, 2018)

Dtube that launched in 2017 is very similar to YouTube. However, there are some differences, notably DTube is a block-chain-based video platform that works with Steemit. It has a similar mechanism to Steemit where the content users vote the creator’s work and the content creator receive compensation through Steem based on the received votes. DTube evaluates videos with the user’s upvotes and downvotes, therefore censorship of inappropriate contents is automatically assessed by the users and does not manipulate any of the contents. Additionally, all the data are open to the public, so the users can directly use to analyze the data. Not only that, DTube runs its platform ad-free maximizing the user’s experience.

Kodak also announced their Kodak One, a photo copyright management platform. There is also the Etherium-based SNS platform Aksha, all adding to varieties of block-chain based services.

Previous existing platform vendors have made tremendous profits by utilizing various information held by individuals and running them on big data analysis. Yet, they did not return anything to the actual content producers. However, the block-chain-based content platforms described above allows the revenue to go to the users of the platform who are the actual creators and consumers of the contents, not the advertisers or the shareholders. Additionally, by fundamentally prohibiting any pirated materials from floating in the internet, creators can be protected from any copyright infringement. As a result, a creator-centric ecosystem is being created. Is it not good news for creators like talented artists, designers, and programmers?

A platform where quality contents are becoming promoted!
A user-centered platform where the content creators are valued and rewarded!
We are looking forward to seeing how much more the blockchain based technology can be applied and how much more innovative the world will become!