Understanding Digital Transformation (DT) is quite complex and sometimes reading articles or books only adds curiosity. Let's try to understand the concept of DT in an easy way through an interesting cases on digital inheritance and movie, The Matrix.


What comes to your mind when you hear "You will inherit a fortune?" Most likely, expensive jewelry, houses, or real estate come to mind. These are all tangible assets but there was an interesting judgment made in Austria in July 2020.

According to Austria's state broadcasting network ORF as of June 30, 2020, a woman filed a lawsuit demanding access to her boyfriend's Apple account, who died late last year. The district court ruled that Apple should allow the woman, the inheritor, to access to her deceased boyfriend’s Apple account and iCloud. This may sound complicated, but it is not. The company will give her the account information and reset the iCloud password. However, the verdict has a significant meaning: somebody's information can become a legacy.

When I first read the story, I thought acknowledging someone's Apple account as a legacy was strange. But it is not if you think about it. What is legacy? Memorable photos, letters, and diaries can be a legacy, in addition to a house, documents, or money. If such things were kept as hard copies by her boyfriend, the woman would not have needed to file a lawsuit. This means we live in an era where information, which has previously existed offline, is available online.

Chinese emperor Qin Shi Huang, who united China for the first time, could not avoid death. He wanted to maintain his absolute power even after his death. So he created his own tomb that resembles the environment he lived in. He also wanted to take the army he raised, so he made terracotta sculptures depicting soldiers and horses. If the emperor had lived in the modern era, he would not have had to go to such lengths. All he would have needed was a mobile phone. Digital transformation has significantly progressed that even the Terracotta Warriors can be "put" into a palm-sized mobile phone. 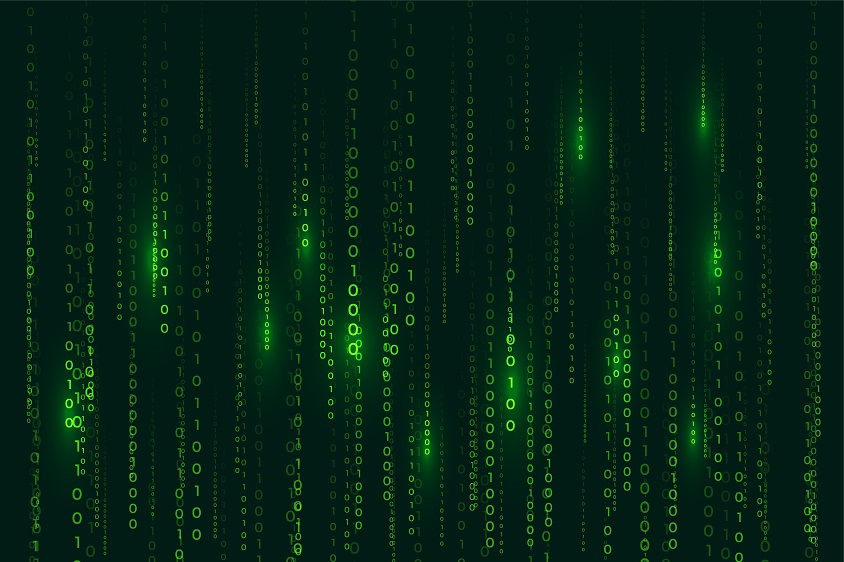 # The Matrix, the Epitome of Digital Transformation


The expression "digital transformation" is self-descriptive. It means transforming something to make it digital. Then you probably have the question: "What makes things digital?"

The ultimate answer can be found in a rather old movie, The Matrix (1999).

The synopsis of the movie (actually, the prequel) is, as science develops, humans use robots as servants, but robots gain cognitive abilities thanks to artificial intelligence. Following an accident where a robot accidentally kills a human, robots rise in rebellion and start a war against humans. As the war reaches an end, humans make a choice. Artificial intelligence machines and robots all need energy sources like batteries. The fundamental energy source on the earth is the sun. So humans decide to cover up the skies to fundamentally block the energy source of machines. Nevertheless, humans lose the war. As a result, artificial intelligence machines use humans as an energy source because they generate weak currents. In other words, humans are used as batteries. Machines need to make humans feel that they are living as usual, to improve the efficiency of the "batteries (humans)." So, the artificial intelligence machines inject memories into humans by digitalizing everything in the world and wiring human brains. Humans thus believe that they lead a normal life on the earth even though they have become batteries lying down in incubating capsules.

Through the above-mentioned stories, it can be seen that digital transformation is already widespread in our daily lives. Hope this article was helpful in understanding the basic concept of what is digitized and how it works.

Written by Hojai Joo, a Senior Consultant of Samsung SDS